Alcohol Addiction means having unhealthy or dangerous drinking habits, such as drinking every day or drinking too much at a time. Alcohol abuse can harm your relationships, cause you to miss work, and lead to legal problems such as driving while drunk (intoxicated). When you abuse alcohol, you continue to drink even though you know your drinking is causing problems.

If you continue to abuse alcohol, it can lead to alcohol dependence. Alcohol dependence is also called alcoholism. You are physically or mentally addicted to alcohol. You have a strong need, or craving, to drink. You feel like you must drink just to get by.

You might be dependent on alcohol if you have three or more of the following problems in a year: 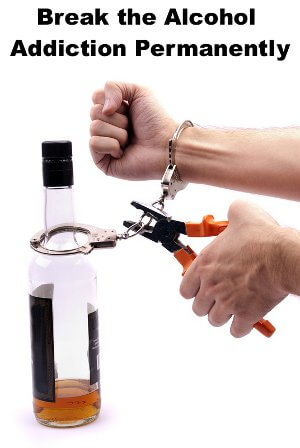 Alcoholism is a long-term (chronic) disease. It’s not a weakness or a lack of willpower. Like many other diseases, it has a course that can be predicted, has known symptoms, and is influenced by your genes and your life situation.

Weight Loss could be a serious disease. For most serious diseases, there will usually be one or more other symptoms that develop well before any weight loss. The weight loss in these situations is explained and can often be expected.

However, occasionally, the first symptom to develop in some serious diseases is weight loss. Other symptoms usually develop at some point later. Also, some people with weight loss as a first symptom actually have one or more symptoms if they were questioned about them. But, they may not have been aware of the significance of the other symptoms.

It can be caused by loss of appetite due to dementia and by certain eating disorders such as anorexia nervosa or bulimia as well as malnutrition.

Some drugs are also known to cause abnormal weight loss. These include amphetamines, chemotherapeutic agents, and thyroid medications. Drug abuse involving excessive use of purgatives and laxatives, heavy street drug use, or smoking is also known to cause abnormal weight loss. Rapid or persistent weight loss is very dangerous and can cause severe damage to multiple organs and should always be investigated as soon as possible.

Sablok Pharmacy is Asia’s oldest rehab and recovery facility for women and adolescent girls suffering from alcohol addiction as well as other addictions. Contact us today for our alcoholism treatment program and weight gain treament.