Can You Catch Syphilis Without Having Sex?

Can You Catch Syphilis Without Having Sex? 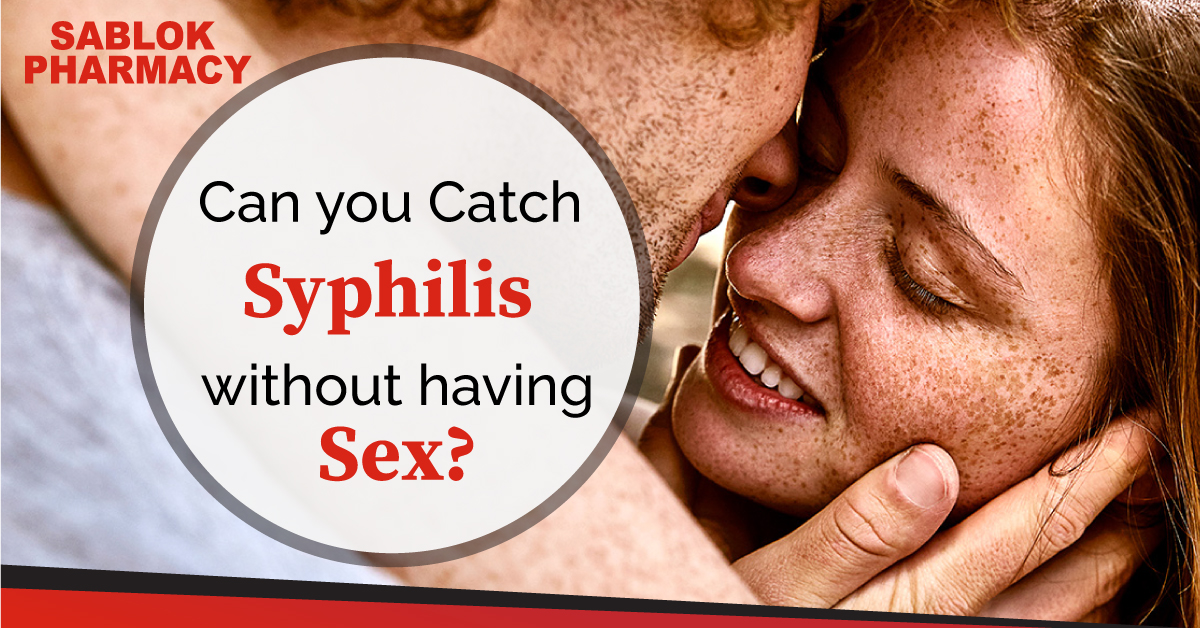 Syphilis is a sexually transmitted infection (STI) that has a lengthy and tainted past. Although modern antibiotics have significantly reduced disease, India's number of cases recorded has increased. Here's what you should know about Syphilis and why it's resurfacing.

What is Syphilis, and what is the treatment for it?

The bacterium Treponema pallidum causes Syphilis, which is a sexually transmitted infection.

Is it Possible to Get Syphilis Without Having Sexual Contact?

While Syphilis is most usually spread through sex, it can also be contracted without having penetrative sex. The illness can be spread simply by coming into close touch with an infected sore.

Without Penetrative Sex, You Can Get Syphilis:

Pregnant mothers can spread Syphilis to their unborn children unknowingly during pregnancy or at the time of birth if the child is born vaginally.

Syphilis isn't usually spread through kissing, but it's more likely if you've had oral intercourse with an infected person. If you acquire sores around or inside your mouth, kissing can pass the disease on.

The disease can be contracted simply by touching syphilis lesions. Hand stimulation, grinding, and merely lying naked together are examples of this.

If shared before being cleaned, sex devices that contact infected sores can readily spread the disease. Therefore, it's best to avoid exchanging sex toys altogether, or at the very least, fully clean them before doing so.

Razors and Needles are being shared.

Needles and razors leave microscopic nicks in the skin, which can be used to transmit STIs like Syphilis. Although it is more typical for Syphilis to spread through needle sharing, using a razor after it has been used on infected sores enhances your chances of catching the disease.

Syphilis has several stages, each with its own set of symptoms. The stages, however, might overlap, and symptoms don't necessarily appear in the same order. As a result, you could have Syphilis for years without noticing any signs.

A tiny sore, termed a chancre, is the first indication of Syphilis. The sore appears where the germs got into your body. While most persons with Syphilis get only one chancre, some develop numerously.

Approximately three weeks after exposure, the chancre develops. Because the chancre is usually painless and can be buried within the vaginal or rectum, many people with Syphilis don't realize they have it. Within three to six weeks, the chancre will naturally heal.

You may get a rash that starts on your trunk and spreads to your entire body, including your palms and soles of your feet, within a few weeks of the original chancre curing. This rash is usually not irritating, although it might be accompanied by wart-like lesions in the mouth or genital area. In addition, some people suffer because of hair loss, muscle aches, fever, sore throat, and enlarged lymph nodes. These signs and symptoms may fade away in a matter of weeks or may reappear for up to a year.

If you don't get treated for Syphilis, it progresses from the secondary to the hidden (latent) stage, in which you have no symptoms. Years can pass during the latent phase. The disease could develop to the third (tertiary) stage if signs and symptoms do not return.

Late (tertiary) Syphilis develops in about 15% to 30% of people afflicted with Syphilis but does not receive treatment. The condition can harm your brain, nerves, eyes, heart, blood vessels, liver, bones, and joints if it progresses to the late stages. Many years after the original, untreated infection, these complications may arise.

Syphilis can spread at any time and cause harm to the brain and nerve system (neurosyphilis) as well as the eyes (among other things) (ocular Syphilis).

What are the Treatments for Syphilis?

Antibiotic tablets or an antibiotic injection into the buttocks treat Syphilis. If you've had Syphilis for a long time, more than one dose may be necessary.

It is critical to avoid any sexual activity or close contact with another person during the therapy period and for the next two weeks.

Syphilis has been around for millennia; get an STI test as soon as you have sex with a new partner or detect syphilis symptoms. It is preferable to be diagnosed and treated rather than live with the disease, suffer from it, and spread it.