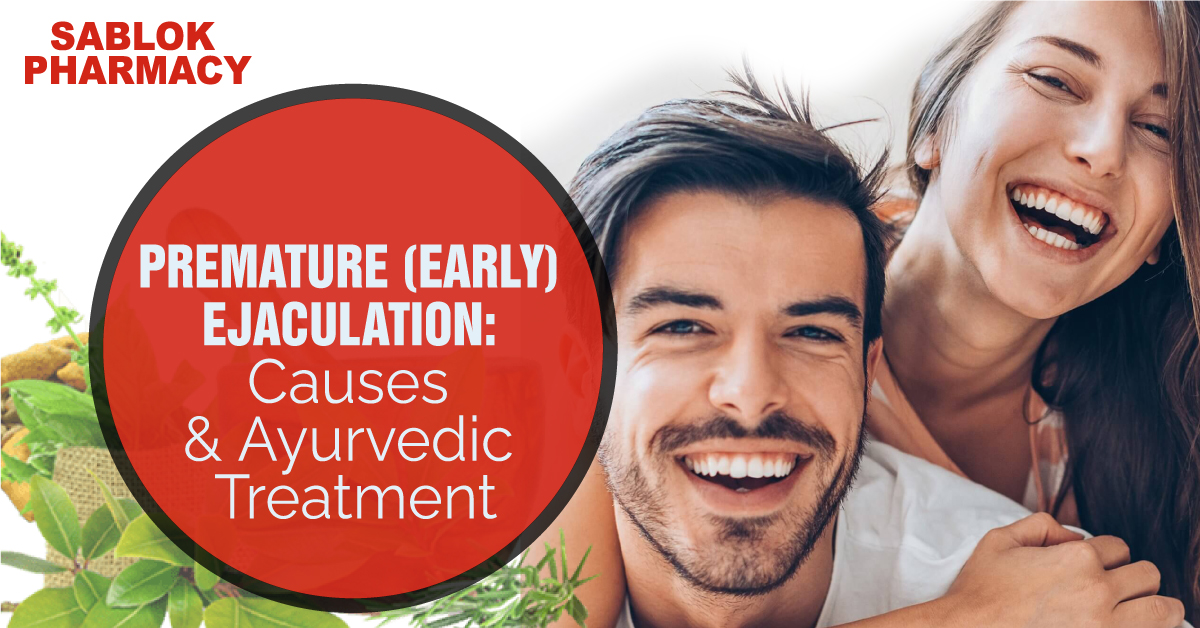 Male sexual dysfunction is characterized by premature ejaculation, one of the most common types. Causes of early ejaculation are anxiety, fear, and stress, among other things. It's uncontrollable ejaculation (semen discharge) at any point during sexual activity, either before or shortly after sexual penetration.

As many as one out of every three males are affected by the scenario, which can cause dissatisfaction and anxiety. Thousands of men suffer in silence, and some men who experience premature ejaculation may avoid sex due to their condition. Premature ejaculation time frame affects everyone, regardless of their career, where they live, or what religion they practice.

According to statistics, one out of every three men has had the illness at some point in their lives. Premature ejaculation is normal sometimes, but it becomes a concern when it occurs regularly. When restoring sexual power is a top objective, proper diagnosis, and therapy for premature ejaculation are vital.

Premature ejaculation has little effect on an individual's general health, although it might cause personal distress. The brief sexual encounter will leave the female partner unsatisfied and the male partner ashamed, resulting in relationship tension.

When the sperm is ejected extra-vaginally, fertilization also becomes a problem.

Nobody understands what's causing this condition, but since it's been documented among men from the beginning of sexual education, various experts have attempted to pinpoint the root cause! As a result, there exists a plethora of theories and hypotheses.

Because of its aphrodisiac and Vata-balancing characteristics, Erandamoola and Vanaria Kalpa have been shown to help prevent premature ejaculation. According to the findings of ayurvedic treatment for premature ejaculation, when combined, they increase the duration of sexual activity by reducing performance anxiety.

Brahmi is a revitalizing herb that can help men improve their libido and overall sexual function. It's been demonstrated to help patients with sexual insufficiency in some clinical investigations. It not only boosts sexual desire, but it also does it without causing any side effects.

Compared to other treatments for premature ejection, Brahmi has shown to be more effective in treating premature ejaculation.

Centella sciatica, popularly known as Gotu kola, is a plant that grows in the Centella sciatica family. It can be found all over Asia. It's a herb that's good for the brain. It's located in many herbal products intended to treat neurological problems. It's also a well-known aphrodisiac. It's also utilized in ayurvedic medicine for premature ejaculation due to its neuroprotective and tonic qualities.

It is regarded as an essential ayurvedic remedy for premature ejaculation in India. Its therapeutic properties are well-known. Due to its anti-anxiety, soothing, and stress-relieving characteristics, "The Complete Book on Jatropha" indicated that it is effective in psychiatric illnesses.

It is suggested that it helps with aphrodisiac weakness and libido decline. Mandukaparni's unique effects on the control of premature ejaculation were also revealed in a study conducted recently.

To summarise, more study is needed before pre-ejaculation treatment for premature ejaculation can be recognized. However, ayurvedic medicine for early release has proven to be helpful against several male sexual diseases, based on the study and knowledge we have in this area. Not only that, but it also improves people's general health with little to no adverse effects. Although some people may be advised to avoid particular herbs due to allergies or a pre-existing health problem, certain Ayurveda herbs can still benefit many people.