Everything to Know About Semen Leakage

Everything to Know About Semen Leakage 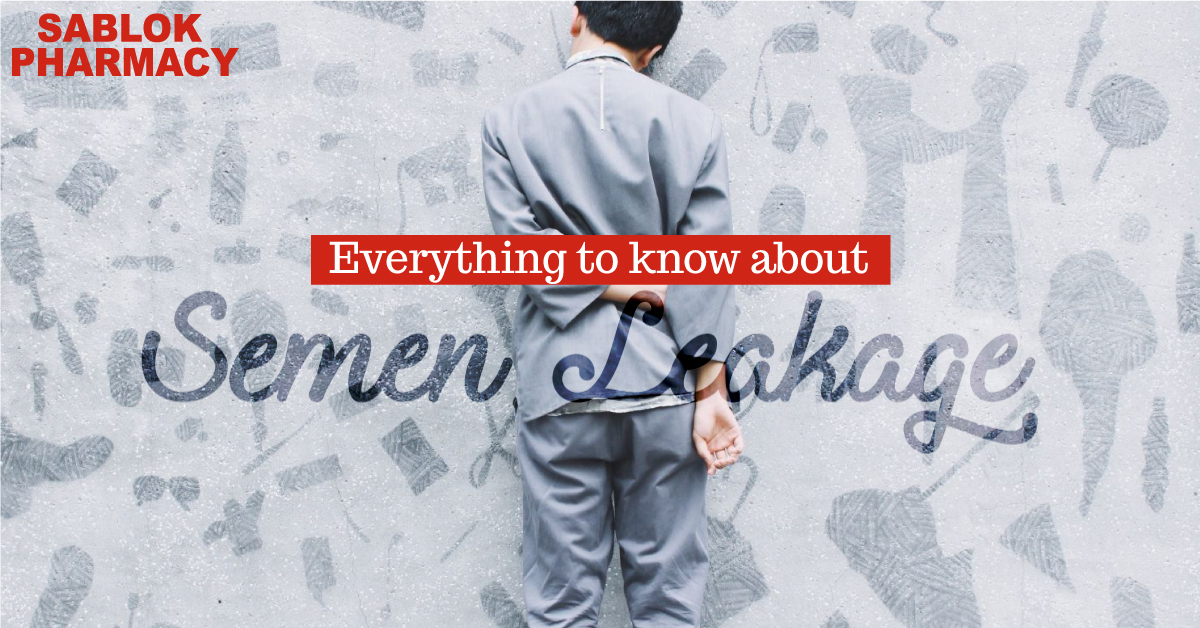 Semen leaking can only be understood if we first comprehend semen itself. "Semen" describes the whitish liquid that comes out of men's penises during an ejaculatory cycle. The prostate and seminal vesicles secrete seminal fluid, which is the primary constituent of this substance. The tiny glands lying behind the prostate are known as seminal vesicles. Sperm constitutes a minor percentage of semen.

As a result of sexual activity, semen can leak. A variety of factors can cause semen leaking. It's possible that some of these conditions can be treated directly, while others do not.

A urologist or your primary care physician should be consulted about any concerns you have about your reproductive system, including sperm leaks.

Cause of Semen Leakage

Unless you're ejaculating or having sex, your semen is meant to remain inside of you. However, it's not uncommon for semen to leak from the penis for no apparent cause. If your semen leaks unexpectedly, here are a few possible explanations.

Wet dreams are another term for nocturnal discharges. Males of any age can be affected by nocturnal emissions, regardless of their gender. Dreams that make you feel sexually aroused are more likely to result in wet dreams. Arousal and nocturnal discharges can be triggered by even the tiniest contact with your bedding as you sleep.

During arousal of the sex organ

When you're sexually stimulated, your semen will naturally leak. A tiny amount of semen may flow from your penis whenever you engage in sexual activities or fantasize about having sex.

Semen leaking can also occur just before or immediately following ejaculation. In contrast to pre-cum or pre-ejaculatory fluid. To avoid unplanned pregnancies, you may want to take safeguards against semen leaking and pre-cumulation.

When you urinate, semen can leak from your penis. It's possible that some of the semen that was released into your urethra while you were having sex could mix with the urine and cause it to seem hazy.

Your nervous system is in charge of both erections and ejaculations. As a result, damage to the neurological system, such as spinal cord injuries, can impair erection induction and ejaculatory control.

Your penile nerves may also be affected by an infection in your brain or spinal cord. Semen leaking and other ejaculatory issues, such as premature ejaculation or anejaculation, may result from such injury.

Right between your penis and bladder, the prostate gland produces some of your seminal fluid. Infected and inflamed prostate glands can cause discomfort in the vaginal area and lower back.

Male cancer of the prostate

As a prevalent malignancy in older men, prostate cancer can compromise your prostate gland's ability to perform its activities. Symptoms like incontinence, blood in the urine, and erectile dysfunction may appear as cancer spreads. Semen leaks and other ejaculatory issues can be caused by prostate cancer.

Side effects of medication

It's well-known that certain medications can impair a variety of sexual functions. SSRIs, a family of antidepressants, have been linked to problems with libido and erectile dysfunction in men. Other drugs can cause semen leaking and other changes to your ejaculatory function.

To cure the infection and reduce inflammation, antibiotics may be prescribed to you by your doctor in prostatitis cases. Your doctor will talk to you about treatment options for prostate cancer if your doctor determines that your semen leaks are caused by cancer of the prostate.

The leaking of semen might be a common occurrence, but it can also be unpleasant and filthy. Young men may grow out of the fetish. You should question your sexologist doctor Delhi about any recommended testing for prostate health if you are above the age of 40. Make an appointment with your doctor if you observe any changes in your ejaculation, such as increasing or decreasing the amount or frequency of semen leaks.