The Unrecognized Diseases That Constrain Our Sexuality

The Unrecognized Diseases That Constrain Our Sexuality 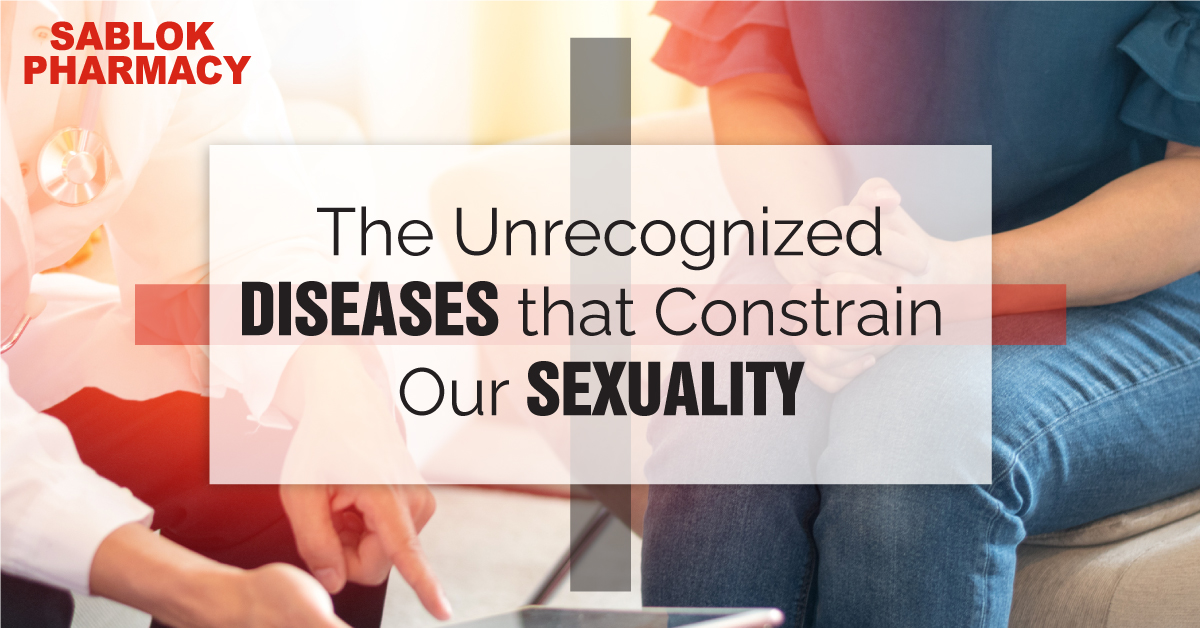 The endometriosis, diabetes, heart disease, and depression that plague so many women today Our sexuality appears to be affected by these situations. It's a mystery, then. It's not clear what we can do to rekindle our sexual arousal. Testimonials from concerned individuals and the thoughts of a sexologist are presented here.

To what extent do illnesses affect a person's ability to engage in sexual activity?

Diabetes, cardiovascular disease, and neurological diseases can all directly affect sexuality by causing lesions in the body, but so can exhaustion and chronic discomfort, as well as a change in one's body image.

For sex and love, what are the possible consequences?

Is it possible to prevent the consequences of this? Where would we be if we couldn't?

All aspects of our lives change as we change (we get used to glasses, for example). Your body's new rhythms must be accepted when living with a long-term disease. It's possible to keep sexuality for the rest of your life if you reposition your sexuality in this way.

Depression, anxiety, past regret, and the inability to adapt to new physical parameters are all reasons why this is not possible. When this is the case, we withdraw into ourselves and distance ourselves from our partner to find a performance that has become impossible. We are moving away from the logic of the body and healing and the relationship with two people, which only nourishes sexuality.

How can these long-term illnesses be identified?

Sexual difficulties are a clear sign that a person suffers from a long-term medical condition.

How can endometriosis affect a woman's sex drive?

A woman with endometriosis, a chronic illness marked by the presence of endometrial fragments outside the uterus, offered her storey. Pain during menstruation (dysmenorrhea) - this is also the most suggestive symptom -, pain during sexual intercourse, especially during penetration, are all signs that certain cells are out of place (dyspareunia). As a result, hormone therapy is typically prescribed, which can lead to a loss in desire and difficulty lubrication. In addition to physical pain, psychological discomfort is frequently added:

As a result of the sickness, people are told that they would probably never be able to have children, which greatly exacerbates the pain. If you want to have sex, you'll have to reassess your sexuality and accept that you may have to engage in alternative forms of pleasure that don't involve penetration. However, the sooner we adapt to this new state of affairs, the better off we will be. The only person who can tell about this ailment is a gynaecologist.

What's the best course of action?

A follow-up sex therapy session would be welcomed in all circumstances. In addition to emotional assistance, you'll get advice on how to modify your sexual relationships to your position. For example, some men prefer positions that don't allow for a lot of penetration.

As a result of diabetes, sexuality is also affected. What are the opinions of those involved?

Diabetes, like most cardiovascular disorders, influences blood flow via the vessels, which, in turn, affects erections in men. As a reminder, erectile dysfunction is the most common sign of diabetes. People believe that his libido and desire were harmed and his "technical" sexual problems caused by his sickness.